Below are photos of the two 1st instar caterpillars. 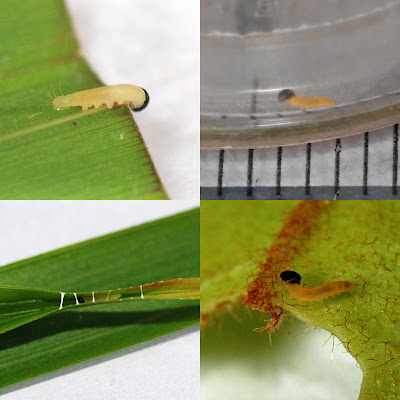 #C8 is the bigger of the two, at 3.5mm long. It has a turf of hair on its posterior (pic top-left). After about an hour it started spinning threads to build a 'nest' (pic bottom-left) for itself.

I was getting worried when #C9 did not hatch at noon. I finally breaths a sigh of relieve when #C9 hatched in the evening. It is tiny, only 2mm long !